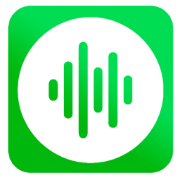 Stream Audio To Anything 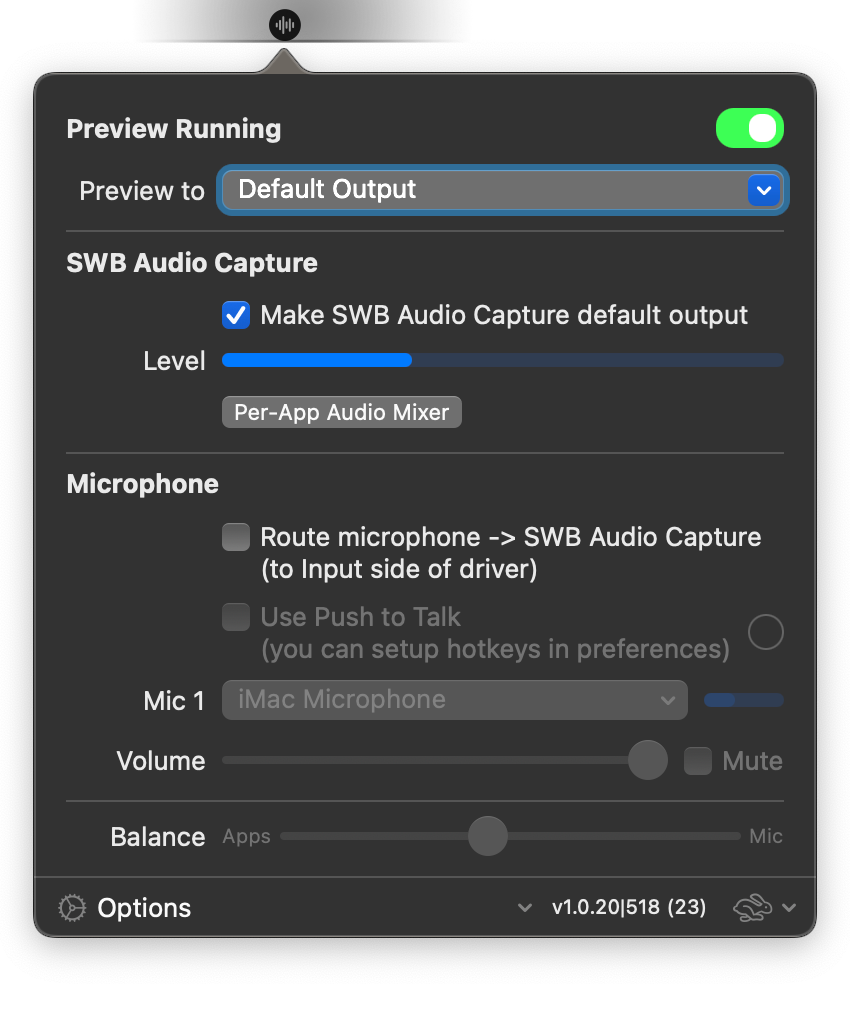 SWB Audio App solves the problem of getting "computer audio" into your apps. It's also easy to use & install.

Compatible with your app

Suitable for use with any app that can record audio on the mac, including Discord, OBS (+ variants), Zoom, MS Teams, or other streaming/live apps. If your app can use a microphone; it can work with SWB Audio App!

Enables audio capture (capturing all audio from the mac, and playing to your speakers or headset) with a single click.

Merge audio from both your computer & microphone at the same time, without the need for OBS/other apps.

The merged audio is usable as a single input device, making it super easy to share both high quality computer audio & mic audio on a call.
* great choice for Zoom, Discord or MS Teams.

Assign hotkeys to all functions and any device.

^ or other remote control that can drive hotkey combinations

Want to send audio to more than one output device? Have SWB Audio App create a suitable Multi-Output for you.

SWB Audio App includes an easy to use 'Multi Output' device creator, letting you create a special 'virtual output device' that can output audio to both speakers (or a headset) and the SWB Audio Capture driver at the same time.

This makes it easy to send audio to both the SWB Audio Capture driver; and other devices. You just choose the devices you want to join together and press 'create'. Done. 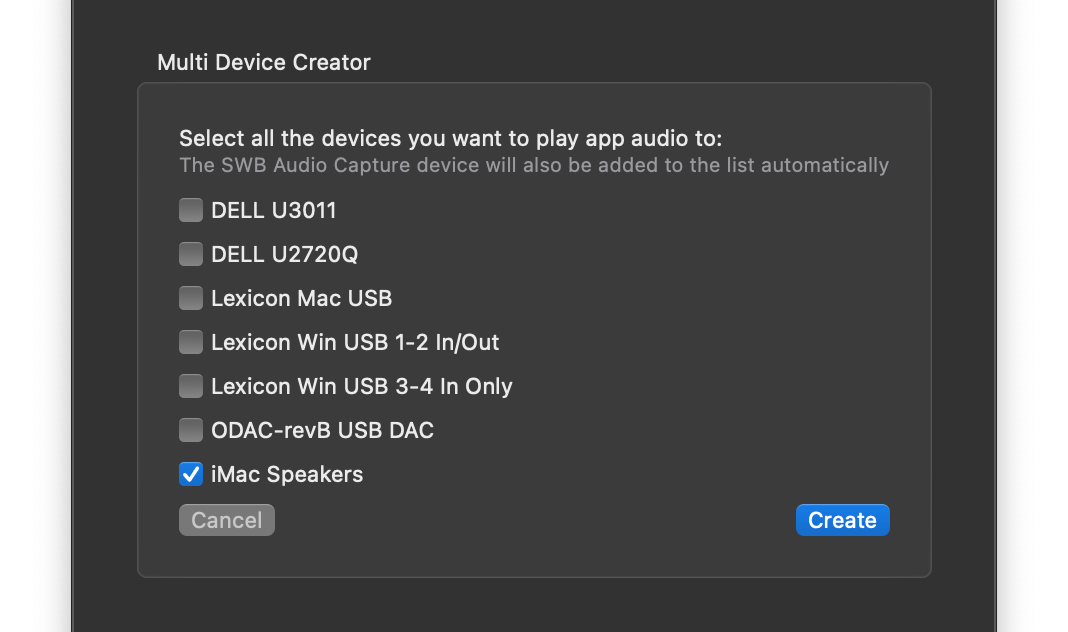 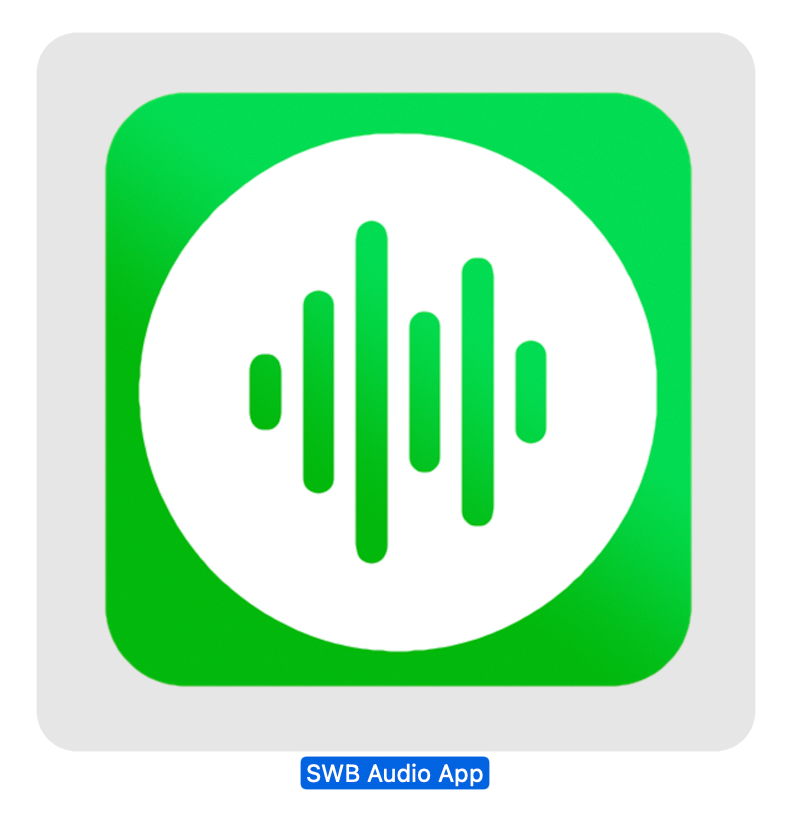 Easy to Install & Use

Self contained installer, with no extra apps required & no kexts!

Works with apps you already know

Preview the audio to any device you like, speakers, headsets - whatever is connected to your mac.

Set the levels for various apps independently. Want the app audio for some apps to be less? No problem; just lower the volume the slider for that app. Or mute it completely! 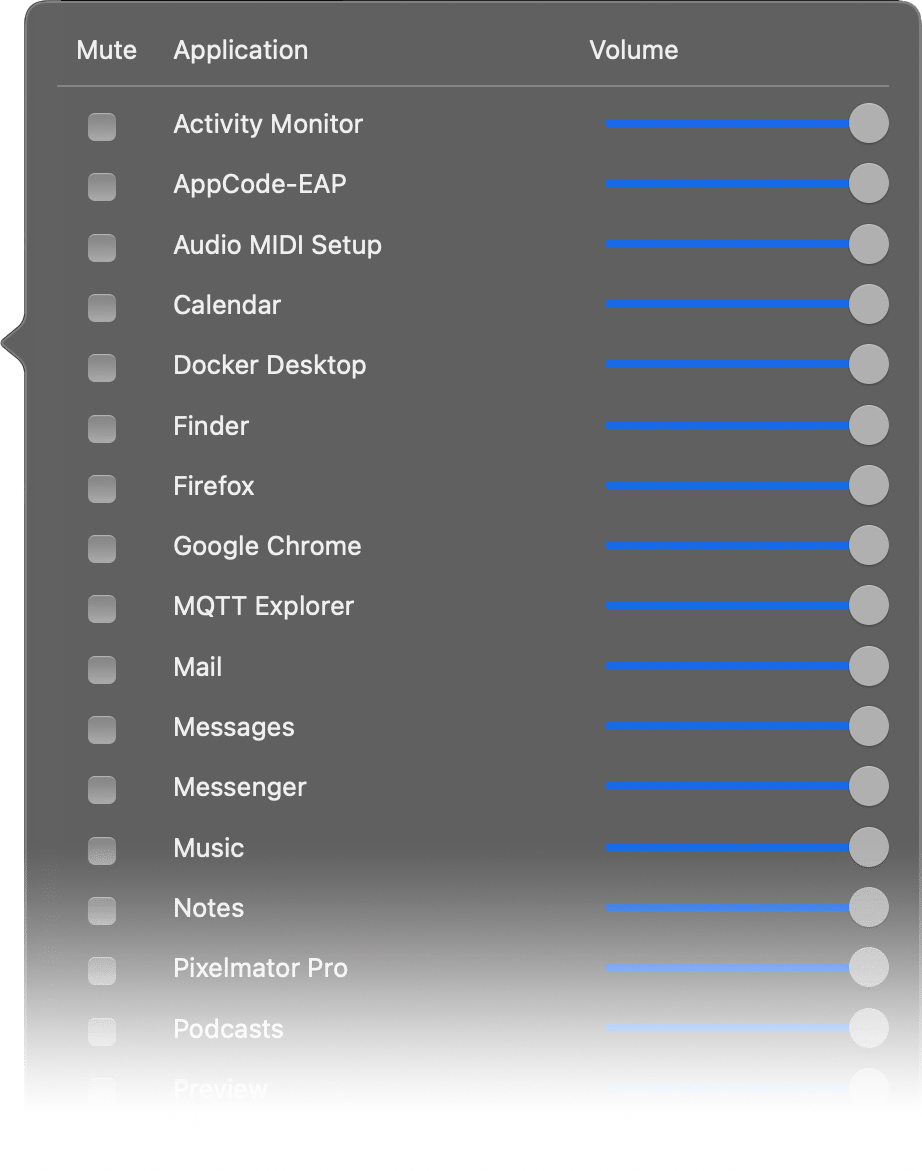